Out of the four regions of Ecuador, three were selected to film the video of the Regueton artists Nicky Jam & Winsin for the song “Si tu la vez” (if you see her).

It was filmed this May 2017 and the premiere of the video clip took place in July 28th, The Ecuadorian actors Andrés Holguín and Giovanna Andrade are the main characters of the video that tells the story of a couple’s love story and their journey through Ecuador’s landscapes.

Visited the Capital of Quito and the Quito Oldtown, “La Compañia” Church (gold leafed), “La Ronda  Street” and an aerial view of Quito Oldtown from  the back side of mother´s Mary Sculpture at the  Panecillo

The “Quilotoa” crater lagoon, located in the province of Cotopaxi, “Chimborazo” the highest snow-capped volcano from the center of the earth, ”La Chorera” a great climbing location and “The Devil´s Cauldron” in the Province of Tungurahua, close to the town of Baños de Agua Santa.

From the coast of Ecuador:

the footage begins at the Neighborhood “Las Peñas”  in the city of Guayaquil, went up the 400 stairs of the “Santa Ana Hill” and viewed Guayaquil from the highest point, the emblematic Lighthouse ( last scene).

From the Galapagos Islands:

“Puerto Ayora”  a panoramic shot and some of the white sand beaches and their black iguanas getting a suntan.

The promotional clip, which was uploaded to the YouTube platform on July 23, 2017, begins with an aerial shot of Pailón del Diablo and continues with a panoramic view of Quito. Until the night of this December  13, the video has 161 million views. 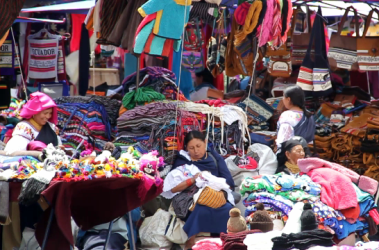 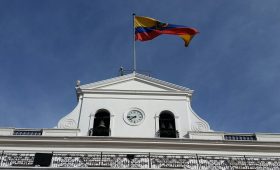