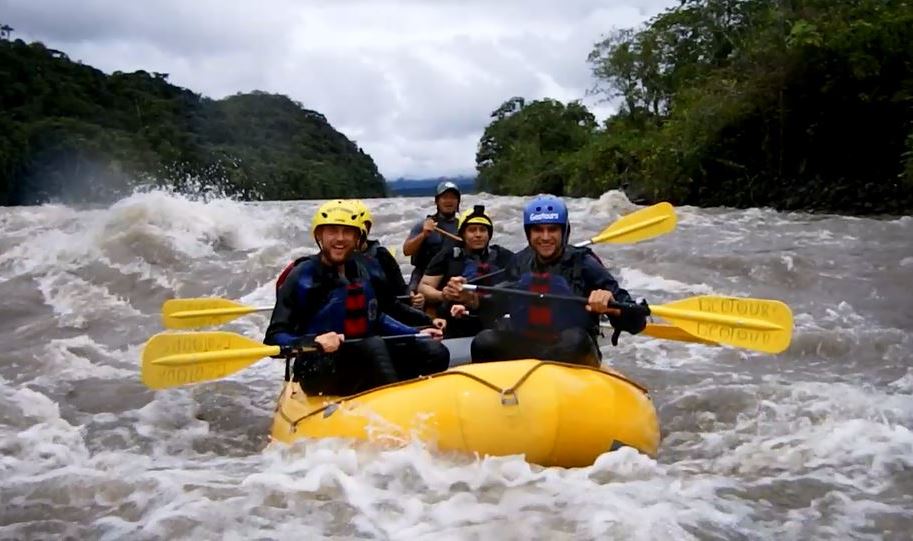 One of many Ecuador´s top tourist attraction,  “End of the World Swing” in Banos

There are swings and swings but this one in particular is uncommon and famous, some people call it, End of the World Swing, others, swing at the end of the world, and in Spanish it is called “Columpio del fin del mundo”  this famous Ecuador tourist attraction is located in one of the main touristic places of Ecuador, in the cozy small town of Baños or without the hat over the the n , it can also be spelled  “Banos” and its full name is Baños de Agua Santa, or Holly water Baths.

This landscape and unique location became a famous tourist attraction in Banos Ecuador after a picture taken from this place won one of the first places in travel photo contest  held by National Geography, it was taken in May 2014, named End of the World and it was taken by a canadian marine scientist named Sean HacketTeper. This picture, which soon traveled the globe, captures the moment where a person is overlooking at the volcano Tungurahua which it began erupting while swinging. This swing is located right at the edge of a descending steep canyon covered with grass. The swing hangs from a picturesque tall tree which at the same time holds a tree house (Casa del Arbol), making the perfect setting for taking the most charming pictures from different angles while swinging. 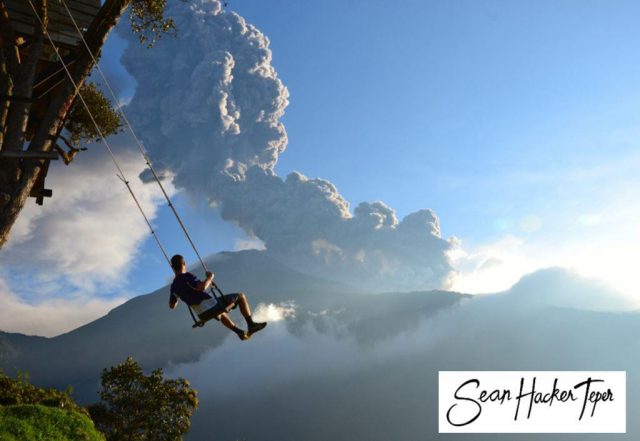 Baños, the doorway to the Amazon, one of many tourist attractions is the “End of the World Swing, located in a great mountain landscape, and the towering Tungurahua volcano is located right across.
EcuaTouring

The end of the world swing location

This place is located in a canyon on the east side of Banos at an elevation of 2660m and, with an spectacular view of the surrounding elevations and its Andean landscapes.  Right across the end of the world swing can be seen the towering massive Tungurahua Volcano with its elevation to the top of 5023m, which is possible to see on a clear day. Anyway on a cloudy day this area has its beauty as well, where the clouds give this natural setting a dramatic twist.

Also, due to  its strategic location right in front of the Tungurahua volcano here is located a monitoring station to observe the activity of the volcano due to its privileged view to the Tungurahua´s summit.

This wonderfull place which now attracts local or domestic tourism and incoming from all over the globe due its swing, was a monitoring station of the Tungurahua volcano and continues to be up to now, so the equipment needed to measure this volcanones activitity as seismographs will allow scientists  to measure movement in the planet’s crust since volcanic eruptions are closely related to the seismic activities that also cause earthquakes and tremors.

Placed right at the edge of a descending steep canyon is held by a metal structure that is used at the same time as a supporting beam to hold the tree house and the swing on the other side, the cable that actually holds

flying on it and you also have a safety strap that will keep you from falling off the swing for extra safety. 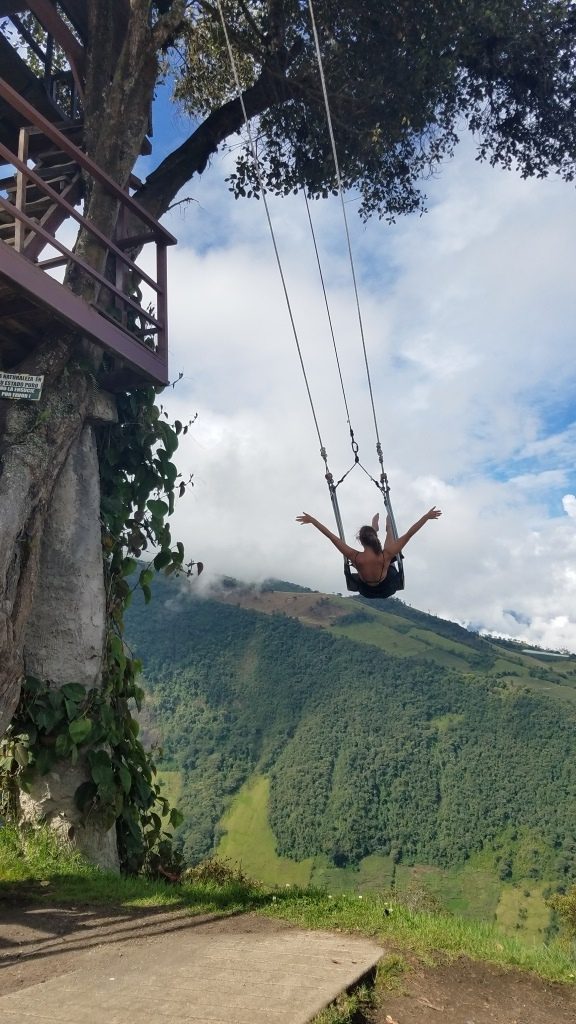 How to visit the end of the world swing?

If you would like to visit the swing at the end of the world and the rest of Banos and its tourist attractions, you can get a local tour from Banos, or if you would like to visit this place leaving from Quito the best options is to book a Quito to Banos Tour,  chosing a tour operator to take care of all logistics and details for you to visit Banos. Therefore, your only concern is to enjoy this awesome place and its many beautiful attractions.

You plan it, we make it possible!